Big business in India has adopted the tactic of eliminating competition through onerous regulations.

Many of us can remember the American corner grocery, local pharmacy, small bakery, tiny-herd dairy farm, one-person law or accountant firm. Tens of thousands of small companies have closed in recent decades, replaced by chains and their monopoly practices of poorer service and higher prices.

The three major reasons for the closings are:

Some two years ago the government of India – no doubt pressured by big business’ lobbyists – decided to “reform” its tax system by introducing the Goods and Services Tax (GST).

The GST quickly improved profits, but it has driven many small enterprises out of business and eliminated hundreds of thousands of jobs.

On Thursday, the GST Council will meet for the 36th time to revise the tax. And every time the GST is changed, businesses scramble to comply.

Chaired by Finance Minister Nirmala Sitharaman, the council may lower tax rates for electric vehicles, and is also likely to decide the valuation of goods and services in solar power generating systems and wind turbine projects. The sessions are held through video conferencing.

There are no plans to eliminate the tax, despite strong opposition in the country. 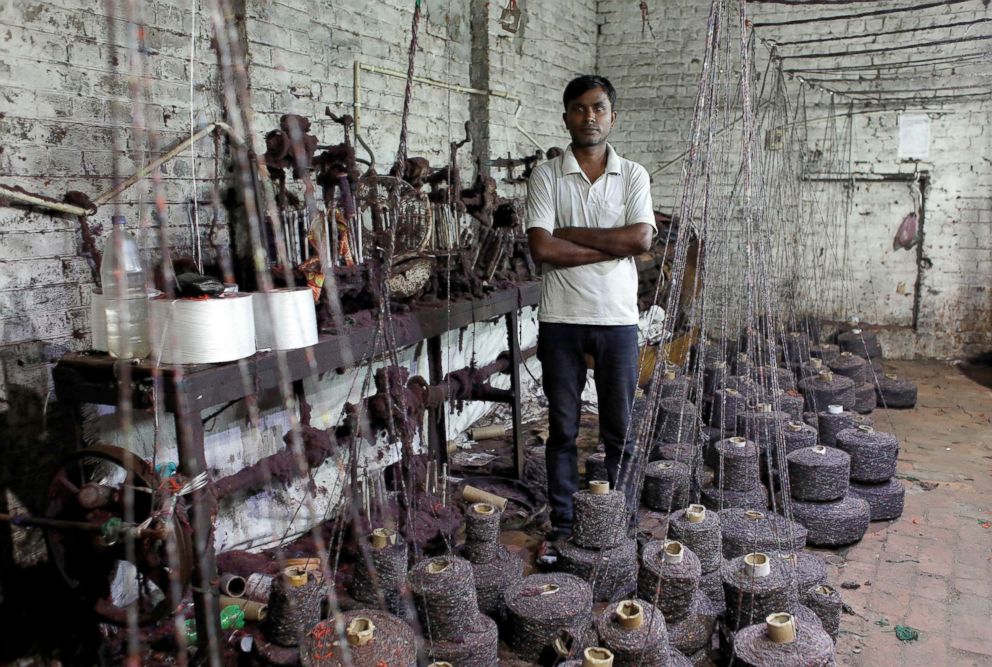 Ram Pratap, who lost his job as a power loom operator last year, because of the GST, posed for a Reuters photo inside the weaving factory in Panipat, India, where he once worked.

Nearby that abandoned plant, more than two dozen other workshops are locked from the outside, while dogs and cows roam through other abandoned factories.

Tilak Raj Bathla, who owned a tiny weaving factory in what was known the country’s “textile city”, said his neighbors, most of them unschooled, could not comply with monthly online filings required under the GST regime.

Meanwhile, some of Bathla’s customers and suppliers could not afford to hire accountants for a system, which has been amended more than 200 times already.

Others struggled to cope with delays in tax returns caused by glitches in the centralized software, Bathla said.

I have a GST registration, but I can’t work as my vendors and buyers are unable to comply with a complex tax structure, the 50-year-old explained.

His monthly sales had fallen to about 250,000 rupees ($3,511) from about 1 million rupees in the year following the GST passage.

Big firms have shaken off the effects of the change and are set to gain from a uniform tax regime.

A survey by the All India Trade Union Congress (AITUC) found that a fifth of India’s 63 million small businesses – contributing 32 percent to the economy and employing 111 million people – faced a 20 percent fall in profits since the GST rollout, and had to fire hundreds of thousands of workers.

The Centre for Monitoring Indian Economy, a Mumbai-based consultancy, said nearly five million workers lost their jobs over the year after GST was adopted. In Panipat, more than a third of the city’s 10,000 weaving units had closed or curbed production during that same period.

“GST has improved the competitiveness of the manufacturing sector,” Panasonic India CEO Manish Sharma said. Does he actually expect us to believe that fewer companies competing “improves” competitiveness.

In honor of Mr. Sharma we hereby reproduce the following from George Orwell’s 1984 Newspeak.

Appendix: The Principles of Newspeak

The Appendix of 1984 stands as Orwell’s explanation of New-speak, the official language of Oceania. Although Orwell felt that these ideas were too technical to completely integrate into the novel, they support the novel’s stance on language and thought in relation to the public’s acceptance of governmental control.

Newspeak is the official language of Oceania, scheduled for official adoption around 2050, and designed to make the ideological premises of Ingsoc … Newspeak is engineered to remove even the possibility of rebellious thoughts—the words by which such thoughts might be articulated have been eliminated from the language. Newspeak contains no negative terms. For example, the only way to express the meaning of “bad” is through the word “ungood.” Something extremely bad is called “doubleplus ungood.”

Newspeak’s grammar is arranged so that any word can serve as any part of speech, and there are three different groups of vocabulary words. The A vocabulary contains everyday words and phrases, as Orwell says, “for such things as eating, drinking, working” and so on. In comparison with modern English, these words are fewer in number but more rigid in meaning. Newspeak leaves no room for nuance, or for degrees of meaning.

The B vocabulary of Newspeak contains all words with political or ideological significance, specially tailored to engender blind acceptance of the Party’s doctrines. For example, “goodthink” means roughly the same thing as “orthodoxy.” The B vocabulary consists entirely of compound words and often compresses words into smaller forms to achieve conceptual simplicity: the English phrase “Thought Police,” for instance, is compressed into “thinkpol”; “the Ministry of Love” becomes “miniluv.”

The C vocabulary encompasses words that relate specifically to science and to technical fields and disciplines. It is designed to ensure that technical knowledge remains segmented among many fields, so that no one individual can gain access to too much knowledge. In fact, there is no word for “science”; as Orwell writes, “Ingsoc” covers any meaning that such a concept could possibly have.

The particularities of Newspeak make it impossible to translate most older English (oldspeak) texts into the language; the introduction of the Declaration of Independence, for instance, can be translated only into a single word: crimethink. Furthermore, a great many technical manuals must be translated into Newspeak; it is this bulk of translation work that explains the Party’s decision to postpone the full adoption of Newspeak to 2050.