The gravel road seemed endless this past August, as I was driving to visit friends in Upper Sandusky, Ohio, a quiet, rural, almost backwoods section of Wyandot County, best known for a battle near the end of the Revolutionary War and the heroic death of Colonel William Crawford.

This bucolic lifestyle of today belies the violent history of Indian uprisings, British treachery and often cringing desperation of life in the Ohio frontier some 250 years ago..

To visually celebrate the era when we earned independence from England’s crazy George, a life=size marble statue of the local (and national) hero, Col. Crawford, was erected outside his namesake Crawford Courthouse.

Last week, exuding hate, terrorists broke off the head of the Crawford monument and stole it, removing even the possibility of repair.

This is not a rich community. Farmers and tradesmen struggle for a living. A drive to offer a reward for the missing head could only raise $1,300. END_OF_DOCUMENT_TOKEN_TO_BE_REPLACED

The controversies over U.S. Civil War statues of Confederate leaders and plans to refashion the Jefferson and Washington memorials to reflect ownership of slaves, remind me of how soon some folks forget and how some never do.

18th century New England, for example, had tens of thousands of slaves – nearly all American Indians, yet native-owned casinos now dot the northeast states, many by rivers and lakes with tribal names on land stolen by broken treaties with our government.

For many reasons, our native residents are not in constant protest, or at least nothing is covered by the mass media. Where are the Trail of Tears protests against Martin Van Buren and Andrew Jackson. A fair poll would show most Americans don’t know, or care, who Martin was, let alone what he did. Jackson is usually remembered for winning the Battle of New Orleans. but few accounts mention he was pilloried for insisting that his White and Black troops receive exactly the same pay and benefits. END_OF_DOCUMENT_TOKEN_TO_BE_REPLACED

“Everyone is entitled to their opinion.”

Higgins served NSC’s strategic-planning office as director for strategic planning. He was fired on July 21.

The memo, written near the end of May, said the mindset within the White House is inadequate to the threat:

This is not politics as usual but rather political warfare at an unprecedented level that is openly engaged in the direct targeting of a seated president through manipulation of the news cycle. It must be recognized on its own terms so that immediate action can be taken.

Earlier this year, Higgins had pushed to declassify documents dealing with radical Islam and Iran, including Presidential Study Directive 11, produced by the Obama administration before the Arab Spring, that outlined unrest throughout the Middle East, according to a report in The Atlantic.

McMaster also recently fired Derek Harvey, senior director for the NSC Middle East strategy. Before removal, Harvey produced a list of NSC holdovers from the Obama Administration and presented it to McMaster, who declined to fire them, the report said.

This past week, McMaster was touted by Sen. John McCain, many mass media pundits, Democrat Party leadership and the Council on American-Islamic Relations (CAIR). END_OF_DOCUMENT_TOKEN_TO_BE_REPLACED

If our Congress ever gets back in session, forty percent of the members will have passed the Bar – far fewer than a hundred years ago, when nearly 80 percent of our legislators were lawyers.

And the good news is that soon there may be even fewer lawyers in Congress, eventually none, because the legal “profession” is headed to extinction.

Don’t we need a nearly inebriated buffoon to charge us $600 an hour to fight a traffic ticket, a slick con man to “help” us get swindled, or maybe just the assistance of a voracious ambulance chaser, who jacks up our insurance rates with outlandish settlements?

For example, we now have 10,000 immigration lawyers in the United States (probably 90% of the world’s lawyers practicing in this field), partially because the U.S. has the most complex set of immigration laws and the largest immigration bureaucracy of any country. Complex always means higher fees for attorneys.

Incredibly, the big law firms are now even recruiting H-1B Visa candidates from places like Australia to swell their ranks even more.

Hope is on the way. Imagine very few lawyers in America, saving us all a fortune in hot air and cold cash. END_OF_DOCUMENT_TOKEN_TO_BE_REPLACED

Times have changed and there are now suggestions to rename the “East Wing” to “Hedge Fund Headquarters.” 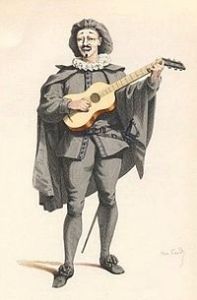 Or more accurately – “GS Village in the Capitol.” This is the place where old bean counters and masters of economic disaster gather to decide how much financial misery the “little people” will endure without revolting.

A good and quick example is Anthony Scaramucci, He worked at Goldman Sachs‘s Investment Banking, Equities, and Private Wealth Management divisions from 1989 to 1996. Flamboyant, like his fictional counterpart, he lasted ten days before Trump replaced him with a retired general. The president’s picks for his cabinet tend to be either Wall Street bankers or multi-star generals. Guns and promises of rose gardens?

But GS and the financial class are hardly left without influence, despite END_OF_DOCUMENT_TOKEN_TO_BE_REPLACED