During the Vietnam War, my part-time job was correspondent for the United States Information Agency (USIA), and one assignment portended today’s global power alignment.

The assignment was to interview ten ministers from various African nations to gain their impressions of a trip they were concluding in the United States. The article would be translated for their nation’s newspapers after review by Washington officials.

The ministers had gathered at  International House, Chestnut St., Philadelphia, and some were dressed American-style and others were in native garb.

I introduced myself as a writer from USIA and then the room filled with shouts.

“If America doesn’t give us what we need, China will…”

It took a few minutes of convincing, but everyone calmed and became open and friendly. But the word “China” haunted me. What was China trying to do in Africa?

A few years later a former newspaper publisher recalled a meeting in the early 50s he had with Japanese officials, where one confided: “America won the shooting war, but we will win the economic war.”

Eventually, Japan did win the economic war, not just selling us cars and electronics, but creating a society where the average person there saves 25% of their wages, enjoys free healthcare, education, childcare, and other entitlements. 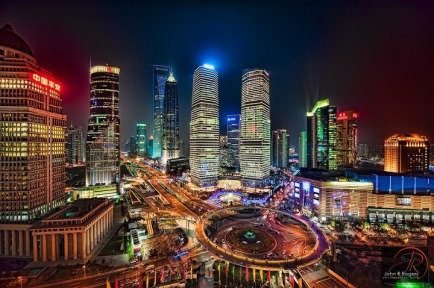 China started its economic war against us much later than Japan, but they now exceed us in real national GDP, own a good portion of our debt, and are growing their military to compete with us globally.

The state of the economic war was illustrated Monday, last week, as Chinese President Xi Jinping and 29 other heads of state committed to build an open economy and ensure free and inclusive trade, under the ambitious Belt and Road (Silk Road) initiative led by Beijing.

The 30 nations also agreed to promote a rules-based, non-discriminatory trading system with the World Trade Organization at its core and to oppose protectionism, according to a joint communique signed by their leaders.

“It is our hope through the Belt and Road development, we will unleash new economic forces for global growth, build new platforms for global development, and rebalance economic globalization, so mankind will move closer to a community of common destiny,” Xi said.

On the first day of the event Xi pledged $124 billion for the new “Silk Road”. The goal was improve China’s global leadership ambitions by building infrastructure and trade links between Asia, Africa, Europe and beyond.

Xi, seated next to Russian President Vladimir Putin, on the summit’s second and final day explained:

Xi said China’s Belt and Road plan would be open to all, and problems in global development have not been addressed effectively. He said international trade and investment were sluggish, and “economic globalization” was encountering headwinds.

“In a world of growing interdependence and challenges, no country can tackle the challenges, also the world’s problems, on its own,” Xi said.

Philippine President Rodrigo Duterte and Italian Prime Minister Paolo Gentiloni were among those at the meeting. No surprise, so were the heads of the United Nations, International Monetary Fund and World Bank.

Even North Korea sent a delegation to the Beijing meeting, headed by Kim Yong Jae, the North’s Minister of External Economic Relations.

American and European hedge fund and other financial firms, also circled the gathering.

Next Tuesday:
How Trilateral Commission transformed China into global power against U.S.

One thought on “China winning the real World War against America”