Climate change is a humanitarian issue not a political one, and one where we’ve been far too slow in waking up to the issues and acting on the damaging impact our ways of living are having on the world. We now have the facts, the science, the technology and the ability to save not just our planet but ourselves. You don’t just sit back and wait for solutions, you take action and create them. – Prince Henry “Harry” Charles Albert David

Only the royal family of Britain (used to be “Great Britain”) would name their spawn Henry Charles Albert David on the birth certificate, and then use only his nickname both publicly and privately from baby to now.

For clarity, the rest of this post will refer to him as Prince (previously known as Henry, aka Prince Harry).

Recently, Prince and the Missus were interviewed on American TV by a billionaire of color – Oprah Gail Winfrey – a lady who was born dirt poor, raised by a single mother in the slums, became pregnant at 14 and then fought her way with wit and grit to the apex of the entertainment game.

By contrast, Prince cavorted in Buckingham Palace with its 775 rooms, including 188 bedrooms, 92 offices, 78 bathrooms, 52 principal bedrooms, and 19 state rooms. Imagine, his one hide and seek lasting a week, or his potty training in a new and different bathroom for 2.5 months.

Interviewer Oprah was molested during her childhood and early teens, while Prince’s life has gone downhill, even to the nadir of renouncing royal duties he was lucky enough to gain only because of birth.

So, it was surprising to a few that Prince and Mrs. Prince used a mixture of whine and pose to toss at Oprah. The whine: someone in the Palace was a racist – but they wanted to keep the name secret. The pose: Prince is a staunch fighter for climate control – an Eco-warrior.

The start of this post quotes Prince on his “save the earth” virtue.

In practice, Prince has a problem with actually helping the planet. For example, his use of a private 12-seater jet, even though he has claimed he travels commercial “98% of the time.”

Using private planes is a no-no for carbon enemies, but rich folks have this “offset” racket going. They pollute the planet, and then buy “credits” to offset their failings. Sounds much like the Civil War dodge, where the rich paid $300 not to be drafted, while poorer young men died or were severely injured.

If not Civil War tradition, Prince may have decided that carbon taxing is a form of those Middle Ages’ church “indulgences”, where you just paid to enter Heaven, regardless of sins.  Money talked, even then.

Private jets are bad, but they hardly compare to the carbon footprint of the Prince’s nine-bedroom, 19-bathroom home in Montecito, Santa Barbara, California. Their 18,671 square-foot mansion, built in 2003, cost a bargain $14.7 million (originally on the market in 2014 for $36 million)

Prince and wife have a $9.5 million mortgage, suggesting their down-payment was some $5.2 million. Neighbors include Oprah and television star Ellen DeGeneres.

Looking at the house and the lifestyle of Prince might make you believe he is a hypocrite for polluting while preaching, but he is typical in elite rich circles.

Rather than describing the chateau any more, gaze at these photos from when the pool area was for rent earlier last year at $700 an hour (weddings, etc.) with a minimum of 10 hours, or at least $7,000. 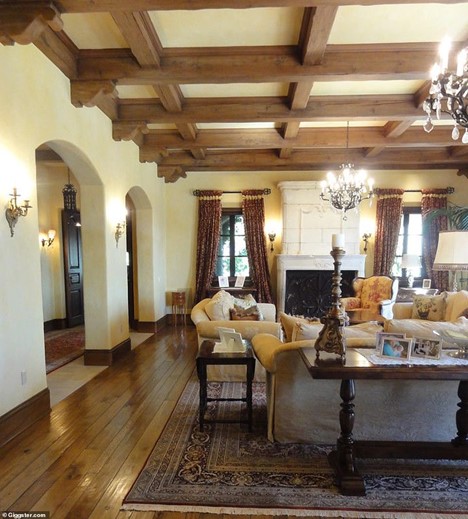 The entrance to the property opens onto a wide lane paved with hand-cut Santa Barbara Stone that leads through a grand archway of trees to the main residence, according to Zillow.

Prince has been holding many paid virtual engagements from inside the Italian villa, providing glimpses of the decor. 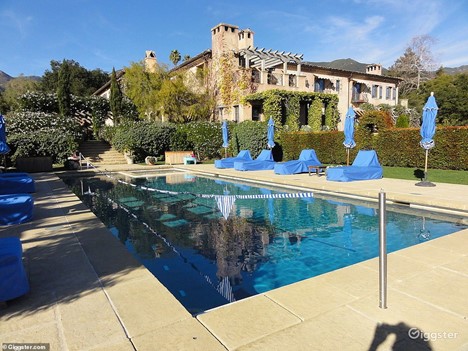 Everything in this world hinges on what you are used to having, and the Prince can whine and complain about his life, and you can’t blame him in a way.

Prince’s new digs have lots of room for wife and child and one on the way, but how can he compare his “modest” California abode to the following childhood memory of inside a real palace – Buckingham – fit for a real prince:

For those who care about such things, royal watcher Olivia Waring explained the Henry/Harry deal::

The reason why Prince Harry is called Harry and not Henry by virtually everyone, despite what’s on his birth certificate, is a bit obscure. The name Henry derives from the Old French name Henri, and over time (during the medieval period) the English version – Harry – started to be used over here. Most monarchs called Henry were referred to by those who knew them as Harry, including Henry VIII. When Princess Diana and Prince Charles announced their second son’s name, the palace said that he’d be known officially as Prince Henry Charles Albert David, but just ‘Harry’ to his family and chums.