Glendale, known as “Arizona’s Antique Capital” and home to the Arizona Cardinals of the NFL, has a problem.

The city doesn’t like paying its elementary public school teachers a decent wage. 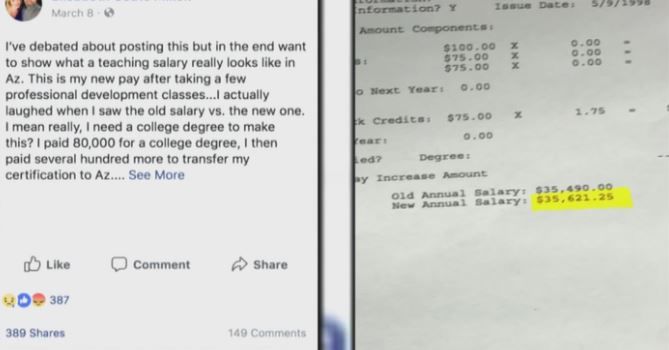 Boasting a  median family income of $51,162, Glendale is no inner city ghetto facing falling taxes and urban rot, but its Pendergast Elementary School District in 2014 decided to pay its teachers about $10,000 a year less than the national average, despite the high local cost of living.

No surprise, few teachers have applied in recent years, and found work with districts that pay a living wage.

Instead of reforming compensation, Pendergast officials searched for a nation where teachers made one tenth of what American educators average and also spoke English. That country, loaded with potential and grateful workers, was the Philippines.

This cheapskate school district’s first problem was how to get the foreigners here legally. You could just fill some airplanes, land in Mexico and hop over the border right into Arizona. There had to be a legal way, and there was.

The district discovered the J-1 Visa, which is supposed to be for cultural exchange, can also be used to recruit teachers for a three-year stint. They are then required to return to their home country and wait two years before returning, (Some 40% of visa holders never leave the country and are our largest source of illegal immigration.)

Four years ago, the district began importing its Filipino public school teachers. They have no path to citizenship, pay no Social Security or Medicare taxes, and may live five or more in a room to offset low salaries and the need to pay bank loans of up to $12,500 for consultants, who recruit and screen them for the J-1 program.

The only real J-1 requirements are that an applicant needs two years experience as a Filipino teacher and some kind of medical insurance..

Glendale is not the only place where this is happening. California is a hot bed, and other states and cities see lawmakers cutting education funding with J-1 visas.

The J-1 is not only used to eliminate teacher jobs. The 300,000 annual openings include these categories:

“In these times, you have to be innovative and creative in recruiting,” a Pendergast spokesman explained. “We embrace diversity and really gain a lot from the cultural exchange experience. Our students do as well.”

Of course, anyone in even fourth grade will conclude that the goal here is not “diversity.” The plan is to break teacher unions and reduce teacher pay. Nearly all visa programs follow the same path of cut and reduce American jobs, while lowering wages. The ultimate goal is to discredit the public school system and profitize it, using the misnomer of “charter” education.