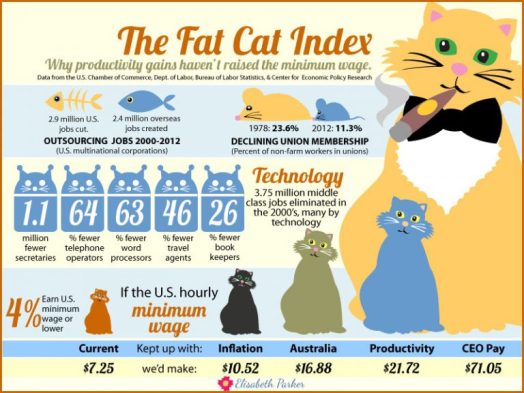 Stagnant wages. Windfalls for the politically connected. A new tax plan primarily for the rich.

Just 13 years have passed since the 2004 tax repatriation holiday, which created nearly no new jobs for American workers, but was instead used almost entirely by multinationals for stock dividends and buybacks. Many corporate execs and shareholders became instantly rich from this tax holiday, while workers’ wages were stagnant.

The GOP’s new plan is more of the same for one simple reason:

That $2.6 trillion, which every politician and media pundit loves to cite as a boon to America,  cannot come back to the United states, because the vast majority of the money is already here.

This cash is invested in U.S. Treasury notes, U.S. agency securities, U.S. mortgage backed securities, or U.S. dollar-denominated corporate notes and bonds. And no corporate income tax has been levied on these trillions of dollars.

One would have to sleep through required courses ACCT 101 and ACCT 201 at the Wharton School to not understand that our tax code allows multinational companies to bring back cash earned overseas – as long as it is not paying shareholder dividends, financing acquisitions, guaranteeing loans, or making investments in buildings or equipment in the U.S.  The money, sitting in this country not taxed, can earn interest and dividends, or be used to invest in foreign-based projects forever without taxation.

A recent report showed that of the 15 companies with the largest cash balances — almost $1 trillion — about 95 percent of the total money – was invested in the U.S. That’s according to the annual reports of Apple, Microsoft, GE, Google, Cisco, Oracle, Amgen, Ford Motor Co., Gilead, Qualcomm, Merck, Amazon, Pfizer, IBM, and Johnson & Johnson.

The Democrats silent on this tax plan, and their noisy Republicans peers, both promote repatriation as a way to increase wages and employment. It didn’t work under Ronald Reagan and it won’t work under Donald Trump.

However, the change will allow companies to pay about 5% to 12% tax (instead of 35%) and use it for purposes not allowed today without repatriation – hiking dividends, buying back stock and shoveling money to their execs.

If this tax change is approved, it will have one giant impact – trillions of dollars will move out of the banks holding the bonds and notes, and go into the stock market. For a short time this will disrupt our financial system and provide opportunities for fortunes to be made by the hedge funds and their comrades before the markets calm.

As any Wharton School professor would advise – “follow the money.” It is not surprising that nearly all current economic advisors to President Trump are very rich graduates of the hedge fund culture, and repatriation will bring them even more good fortune.

One thought on “Lies about “repatriation” from the media and elites. Most of the targeted cash is already in U.S. banks.”