Skip to content
This is the way our freedom ends – swiftly, and always in the guise of protecting the people from an imaginary enemy within. 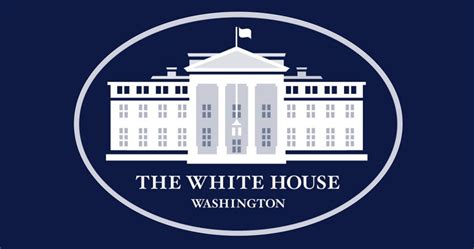 In the interest of “healthy democratic discourse” government officials plan to decide what you are allowed to say on social media, at the public square, with emails and person-to-person.

To create this sad new world, President Joseph Biden threatens to use the FBI and other federal agencies to arrest you on charges of so-called domestic terrorism, now described by the White House as primarily a crime “by the white race” opposing government policies.

Do government enforcers realize the only folks protected by limiting our speech will be the elites, who define what we are permitted to say.

This end of free thought occurred in Germany quickly after the Nazis won the 1933 election, when they used their new powers to limit “dangerous” speech, described here by The Holocaust Museum:

When Adolf Hitler took power in 1933, the Nazis controlled less than three percent of Germany’s 4,700 papers.

The elimination of the German multi-party political system brought about the demise of hundreds of newspapers produced by outlawed political parties. It also allowed the state to seize the printing plants and equipment of the Communist and Social Democratic Parties, which were often turned over directly to the Nazi Party.

In the following months, the Nazis established control or exerted influence over independent press organs.

During the first weeks of 1933, the Nazi regime deployed the radio, press, and newsreels to stoke fears of a pending “Communist Uprising,” then channeled popular anxieties into political measures that eradicated civil liberties and democracy.

And replace “thugs” with “DOJ” or “FBI”, who raided homes and offices of political establishment opponents, seizing computers and smartphones – including Paul Manafort, Rudy Giuliani, Michael Flynn and other associates of Donald Trump.

Some independent newspapers, particularly conservative newspapers and non-political illustrated weeklies, accommodated to the regime through self-censorship or initiative in dealing with approved topics.

At the height of its power the Nazi ‘s Gestapo – Geheime Staatspolizei, meaning “Secret State Police – numbered 32,000 enforcers of “proper-speak” by censuring or imprisoning offenders. These thought police controlled 583 million Europeans, or just one agent per 18,200 citizens.

Today’s 35,000 FBI agents only need to monitor about 10,000 persons each. Their job is far easier than the old Gestapo, thanks to computers and the apathy of citizens universally ignorant of political theory and history.

So how did the Gestapo – using limited manpower – manage to be so successful in ending free speech and dissent?

They used the same technique proposed by the Biden administration described above – information from “family members or friends or co-workers.”

Nazi propaganda was forced into the minds of children as the party took over schools, and factory meetings were held to “educate” workers on how to be a good snitch, and what is allowed to be said. Just like today, the military was given intensive training.

Soon, everyone in Germany and the conquered countries knew what was permitted and they obediently followed orders, or else.

The Museum notes that the Propaganda Ministry, through its Reich Press Chamber, “assumed control over the Reich Association of the German Press, the guild which regulated entry into the profession.”

In the following description, substitute the term “racially pure” with “Woke.”

Under the new Editors Law of October 4, 1933, the association kept registries of “racially pure” editors and journalists, and excluded (others) from the profession. Propaganda Ministry officials expected editors and journalists, who had to register with the Reich Press Chamber to work in the field, to follow the mandates and instructions handed down by the ministry.

In paragraph 14 of the law, the regime required editors to omit anything “calculated to weaken the strength of the Reich abroad or at home.

Have you ever noticed comments from our modern media about the daily briefing from the Administration? It’s nothing new, the Museum explains:

The Propaganda Ministry aimed further to control the content of news and editorial pages through directives distributed in daily conferences in Berlin and transmitted via the Nazi Party propaganda offices to regional or local papers.

Detailed guidelines stated what stories could or could not be reported, and how to report the news. Journalists or editors, who failed to follow these instructions, could be fired or, if believed to be acting with intent to harm Germany, sent to a concentration camp.

Rather than suppressing news, the Nazi propaganda apparatus instead sought to tightly control its flow and interpretation and to deny access to alternative sources of news.

The Museum said German propaganda began to sputter as supplies of ink and paper plummeted near the end of WW2:

By 1944, a shortage of newspaper and ink forced the Nazi government to limit all newspapers first to eight, then four, and finally, two pages. Of the 4,700 newspapers published in Germany when the Nazis took power in 1933, no more that 1,100 remained.

Approximately half were still in the hands of private or institutional owners, but these newspapers operated in strict compliance with government press laws and published material only in accordance with directives issued by the Ministry of Propaganda.

The attack on Freedom of Speech and the Press ended when the last surviving German radio station, located in Flensberg on the Denmark border, made its final broadcast on May 9, 1945.

It reported the unconditional capitulation of German forces to the Allies, and then went off the air forever.

One thought on “Has a Gestapo taken over America?”