Both are billionaires. Both attempt to avoid publicity. Both have media empires.

But, to borrow from the late JFK, Soros is no Warren Buffett.

The lovable Buffett is described as the “Oracle of Omaha” and promises to will nearly all his wealth to charity.

Soros almost destroyed the Bank of England and the Pound Sterling with his plotting in 1992.

Buffett is an investor. Soros is a hedge fund manager.

But regardless of differences, both have at least one thing in common – their major power in the publishing world and ability to wield political power with both Democrats and Republicans.

Soros is a giant in the influence control world. Since 2002 his donations to think tanks and action groups total some $18 billion.

“Soros: The Life and Times of a Messianic Billionaire,” explains Soros’ media obsession from when his early career interests were “history or journalism or some form of writing.” He was “editor-in-chief and publisher of his own newspaper, “The Lupa News.” From this small venture, Soros has grown his interests into an influence empire.

Soros supports organizations that are so-called sources for journalists, as well as non-profit newspapers.

In addition, he funds groups like Moveon.org, but those organizations are not included in the following list of Soros-funded members of The Institute for Nonprofit News (INN): 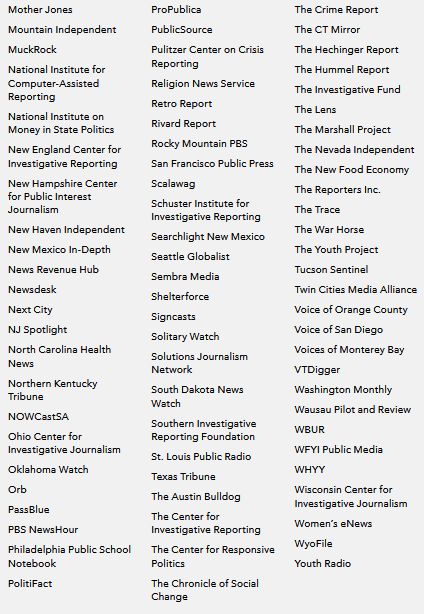