American doctors refused residencies and can’t be licensed. Instead, foreign candidates are given their positions

You can’t pay off a $300,000 student debt load with jobs in a butcher shop or unloading trucks at a big box store. Those wages won’t even cover the interest due.

That’s what Dr. Doug Medina has endured since graduating as a medical doctor from Georgetown University some eight years ago. 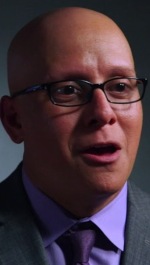 Yet, despite his doctorate in allopathic medicine, he has not been selected for a residency. Without that training, he cannot be licensed in any state.

Since 2011, when Dr. Medina graduated from medical school, the National Resident Matching Program reports that 14,759 U.S. seniors and previous graduates did not matriculate into residency training.

In that same period, 27,866 foreign-trained physicians (FTPs) on H-1B and J-1 visas were selected for residency.

It’s not always good to be a U.S. citizen, as the doctor explained:

I haven’t been able to pay anything yet, and interest rates are killing me. It’s very stressful. You begin to give up hope that you’ll ever be able to own a home or a new car in this lifetime,

Dr. Medina passed all of his courses, never failed any clinical or course work during medical school, and in his final year earned honors in five courses.

I am not the problem. The problem is a serious flaw in policy that is not protecting vulnerable medical students trained in the U.S.

He said part of the solution is that schools should be required to help graduates matriculate into residency training.

Kevin Lynn, Executive Director for Progressives for Immigration Reform, said Dr. Medina has applied to “hundreds of alternative careers since returning in 2013 from Floating Doctors, a nonprofit medical group that provides healthcare to developing nations worldwide.”

Dr. Medina recalls that “when I followed up with various positions that I had applied for, I was told I was overqualified or lacked specific qualifications.” With the large debt load in student loans from medical school, he said he couldn’t qualify for more student loans for additional training.

The only career I’ve found that requires a doctorate of allopathic medicine without resident training is an international Health Scientist for the Centers for Disease and Prevention, and I applied to every position from Albania to Yemen, Medina said.

Federal dollars from Medicare annually underwrite residency training positions for about 3,700 non-U.S. IMGs. This leaves about 1,800 American-trained medical students without a job each year.

Reducing the number of IMGs who receive residencies, and prioritizing American grads, would help correct the problem, Lynn said.

A Time magazine article reported one internal medicine program had 60 percent of its incoming residents on, or were supposed to be on, H-1B visas.

The J-1 visa is a non-immigrant document issued by the U.S. government to foreign research scholars, professors and others in programs that supposedly promote cultural exchange, especially to obtain medical or business training within the U.S. The H-1B visa is issued to hire international workers in specialty fields.

Dr. Medina recoiled when it was suggested a non-U.S. IMG is more qualified (higher test scores), and deserves a residency denied an American-trained doctor. He said he was surprised and angered to learn that FTPs, who had failed multiple courses, were chosen over him in some cases.

If you follow the money it suggests that a foreign-trained doctor probably has little or no student debt and will work very long hours to keep a visa, while Americans owe hundreds of thousands and need high enough wages to pay that debt. This allows a huge wage gap between Americans and foreigners.

There is no current proof of another alternative: that some administrators are bribed by wealthy foreigners to give their children residencies.

Dr. Medina has filed formal grievances with the Association of American Medical Colleges and the Liaison Committee on Medical Education.

Here is an interview, which described the doctor’s problems:

Dr. Medina said he was engaged to be married for six years to a fellow doctor, whose professional life flourished after graduation, while he continued to apply for residencies. Ultimately, she ended their relationship, saying, “I can’t keep waiting for you to move forward.”

He has relied on his parents for financial assistance.

Dr. Medina’s father – an immigrant from El Salvador, who served in the Vietnam War – allowed his son to move into the basement of the family home.

The doctor said one of the lowest points came while he was in Buffalo, NY, picking through rat feces under the “Honeymoon Cage” and analyzing it to breed rats with a specific genetic predisposition.

“This is when I began to feel depressed. I thought, is this what I finished my doctorate for?”