Corporate-favored candidate Hillary Clinton and senior socialist Senator Bernie Sanders didn’t make peace after Donald Trump’s 2016 victory, and like the mongoose and the snake, their war never seems to end. 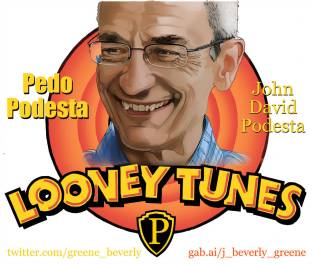 The former First Lady of Arkansas blasted the former Vermont high school miler with a brutal video (see below) last week, delivered by John Podesta’s Center for American Progress (CAP). The clip, produced by the center’s affiliate, ThinkProgress, mocked Sanders for how his language changed after he sold so many of his books that he became a millionaire.

Podesta is Bill Clinton’s former chief of staff and was Hillary Clinton’s campaign boss in her losing battle for the Presidency. He founded CAP in 2003, and though the organization describes itself as nonpolitical, its directors include not only Podesta, but former Sen. Tom Daschle, known for his tax avoidance of $128,000, and most recently, Stacey Abrams, the self-perceived governor of Georgia.

The other directors of CAP are:

Besides the Clinton connection, why is CAP going after Sanders?

Could it be that one director, a medical device manufacturer, would be unhappy with Sanders’ Medicare for All?

In a single-payer system, the government can use its leverage to negotiate more reasonable prices for basic medical services, Sanders explained.

It also serves to incentivize doctors that choose to practice in fields where help is needed the most – primary care, family medicine, and pediatrics. An expanded system has the added benefit of giving Medicare more negotiating power when purchasing pharmaceuticals and medical devices

Or the founder of New China Capital doesn’t like a senator, who voted against Permanent Normal Trade Relations (PNTR) with China?

TPP was written by corporate America and the pharmaceutical industry and Wall Street. That’s what this trade agreement is about. I do not want American workers competing against people in Vietnam, who make 56 cents an hour for a minimum wage.

And probably none of CAP’s hedge fund billionaires were impressed, when Bernie urged:

The CAP/ThinkProgress video is only the most recent shot against Sanders. It followed a recent hit piece By Jessica Goldstein, who used to work for Jeff Bezo’s Washington Post. The richest person in the world, Bezos is often attacked by Sanders for his grotesque wealth and power.

The Vermont senator obscures his wealth to relate to the 99%, while Trump exaggerates his worth to feign a station above his own, Goldstein said.

Trump is “a poor person’s idea of a rich person.” And now, Sanders is altering his language to edit himself out of the line of fire. In recent weeks, his chorus of “millionaires and billionaires” has been amended to take aim only at “billionaires.”

Sanders sent a letter Saturday to CAP, accusing the organization of “using its resources to smear” him and other progressive presidential candidates.

Center for American Progress leader Neera Tanden repeatedly calls for unity while simultaneously maligning my staff and supporters and belittling progressive ideas, he wrote. I worry that the corporate money CAP is receiving is inordinately and inappropriately influencing the role it is playing in the progressive movement.

I and other Democratic candidates are running campaigns based on principles and ideas and not engaging in mudslinging or personal attacks on each other, Sanders wrote. Meanwhile, the Center for American Progress is using its resources to smear Senator Booker, Senator Warren and myself, among others. This is hardly the way to build unity, or to win the general election.

During a rally Sunday, Sanders’s campaign also sent a letter to supporters blasting the center’s attack on him.

Last night, Sanders appeared on a FOX town hall with professional newsman Bret Baier and a somewhat menacing Martha MacCallum. Sanders was strong on trade, jobs and healthcare, but stumbled badly on guaranteed climate disaster in 12 years, overt discrimination in the U.S., and he continued his decades-long criticism of Israel, regardless of who was in power.

Baier, whose FOX salary is about $7 million a year, fumbled with his question about Sanders finally earning more than $1 million, thanks to book sales.

As on cue from CAP, Baier asked why Sanders didn’t pay extra income taxes, since he favors a higher rate than current law. Sanders replied that he paid what was legally required, and then suggested Baier and MacCallum donate part of their much higher salaries.

Not to escape the public’s notice, Trump blissfully reacted with a tweet this morning:

So weird to watch Crazy Bernie on @FoxNews. Not surprisingly, @BretBaier and the “audience” was (were) so smiley and nice. Very strange, and now we have @donnabrazile? 7:11 AM – 16 Apr 2019

A WikiLeaks e-mail dump revealed that Brazile sent an e-mail message on March 5, 2016, to John Podesta and Jennifer Palmieri with the title: “One of the questions directed to HRC tomorrow is from a woman with a rash.” The message continued, “her family has lead poison and she will ask what, if anything, will Hillary do as president to help the ppl of Flint.”

At the next event in Flint, Clinton was delivered a similar question from audience member Mikki Wade, whose family was affected by the poisoned water.

On October 11, 2016, a WikiLeaks e-mail dump included an e-mail Brazile sent on March 12 to Clinton communications director Jennifer Palmieri with the subject header: “From time to time I get questions in advance.”

In the e-mail, Brazile discussed her concern about Clinton’s ability to field a question regarding the death penalty, and in a CNN town hall debate the following day, Clinton received a similar question about the death penalty.

My opinion is that Trump was very wrong about criticizing Baier, but exactly right in suggesting someone at FOX was nuts to hire Brazile.