Washington Post writers and reporters began the New Year with a major problem: their owner was offering a lump sum $12 a week raise in the first year of a new contract, and $8 a week in the second year. Plus, unlike the New York Times staff, they had to pay for their own coffee.

It’s not like this owner needs to cut expenses. The master of Amazon, Jeff Bezos, is estimated to be worth about $115,000,000,000 ($115 billion), and he even beats Microsoft’s Bill Gates as the richest person in the world.

For Bezos and many other corporate cheapskates, it’s about principle, not mere money. Along with the Koch brothers, Pete Peterson and the Cato Institute, the new mantra is that no raises should go to anyone for longevity. If you are with a company 20 weeks or 20 years, your pay should be exactly the same.

Rather than bore you with examining this idiocy hiding greed, an example from my previous employer reveals the same “management” style.

A reporter left my newspaper after many years of suffering miserable pay (under $7.92 an hour), and I was required to complete a form to be signed off by a half dozen corporate execs. Part of this document was a place to indicate the wage offered to the replacement.

Since nobody can live on $7.92 an hour, I wrote $9 – still pathetic, still eligible for food stamps, but an improvement.

The phone call came from the group CEO of our 233 newspapers:

What are you doing, Donaldson? We don’t pay $9 to replace someone making $7.92. In fact, we don’t pay $7.92. We pay less, because they are replacing someone with more experience.

The policy, which is being promoted by Paul Ryan and Wall Street, is to not award raises for longevity, just cost of living, and at the same time hire new people at lower pay, because they don’t have longevity.

You need an MBA to understand this, along with the empathy of a rock.

While Bezos is fighting to keep down the WAPO workers, he is spending his money on things that he likes, including a cuckoo clock that pops out its star performer every 1,000 years.

The clock is supposed to keep time for 10,000 years and will be built into a Texas mountain and tower about 200 feet. Bezos’ protege Danny Hillis said the clock is “to inspire long-term thinking and would act as an artifact, a reminder of generations past.”

Reaching the Bezos’ clock will begin with a long car ride from the airport, followed by a day’s hike to the entrance some 2,000 feet above the west Texas desert.

Hillis said the entrance has a jade door rimmed in stainless steel and a second steel door that acts as an airlock to keep dust and wild animals away. At the end of a horizontal tunnel the length of a football field you’ll find a 500-foot-long vertical tunnel about 12 feet in diameter with a continuous spiral staircase.

The stairs will be carved out of the rock by a special 2.5-ton stone-slicing robot invented just for the project. The robot will make its way down to the bottom as it carves out a few stairs a day.

The clock uses 20 horizontal gears called Geneva wheels (pictured left), eight feet in diameter and 1,000 pounds each. This mechanical computer calculates the more than 3.5 million different melodies that the chimes will ring.

The clock will need at least two people to wind up, but it will also run off solar power, Hillis said

One of the reasons for building the clock, its inventor explained, is to promote long-term thinking, like imagining we could live 1,000 years.

Perhaps that explanation is a clue to why Bezos would chisel his workers and “invest” millions on a cuckoo clock. He may think the very, very rich will soon live forever, and that his $115 billion has to last a very, very long time. Bram Stoker, anyone?

There is good reason that Bezos has a special vision for the world.

The Amazon founder is a member of the Bilderberg Group and attended the 2011 Bilderberg conference in St. Moritz, Switzerland, and the 2013 conference in Watford, Hertfordshire, England. Wikipedia describes the group’s goals:

The group’s original goal of promoting Atlanticism, of strengthening U.S.–European relations and preventing another world war has grown; the Bilderberg Group’s theme is to “bolster a consensus around free market Western capitalism and its interests around the globe.

In 2001, Denis Healey, a Bilderberg group founder and a steering committee member for 30 years, said:

To say we were striving for a one-world government is exaggerated, but not wholly unfair. Those of us in Bilderberg felt we couldn’t go on forever fighting one another for nothing and killing people and rendering millions homeless. So we felt that a single community throughout the world would be a good thing.

Fortunately, even if Jeff loses all his cuckoo clock money, it won’t hurt that much. At 5% interest on his assets,  he earns about $100,000,000 a week ($5.2 billion a year), so the $42 million equals only three days of income. There’s always the rest of the week to recover.

And Amazon and WAPO are not his only source of wealth. Companies that have been funded at least in part by Bezos Expeditions include:

UPDATE – February 20, 2018, a reply to our critical post? Bezos releases video and tweet on his rich man clock!

Installation has begun—500 ft tall, all mechanical, powered by day/night thermal cycles, synchronized at solar noon, a symbol for long-term thinking—the #10000YearClock is coming together thx to the genius of Danny Hillis, Zander Rose & the whole Clock team! Enjoy the video. 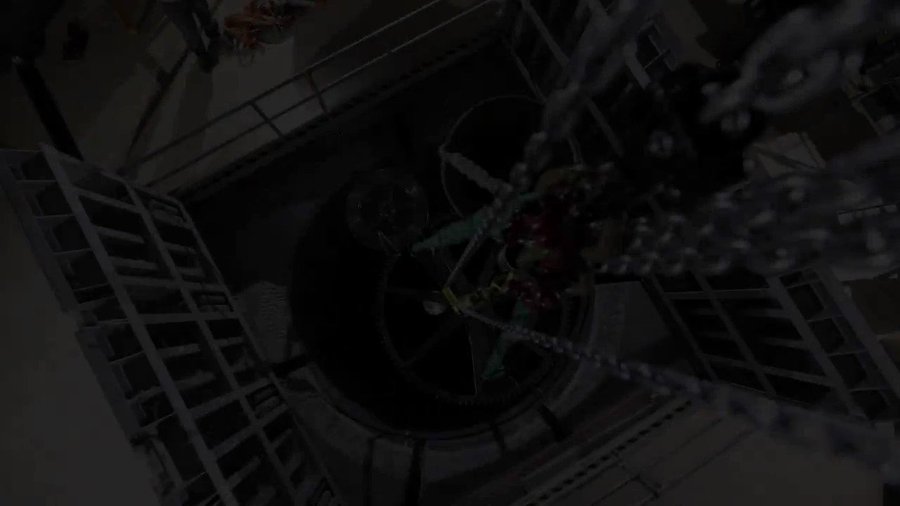