House Speaker Paul Ryan’s new tax law will save less than $9 a week for most working Americans, and many may receive cuts as little as $2.70. Meanwhile, a $1 million filer will gain $628 a week. The GOP plan smells like a few peanuts for the middle class and the elephant’s share of the tax cut designated for the very rich. 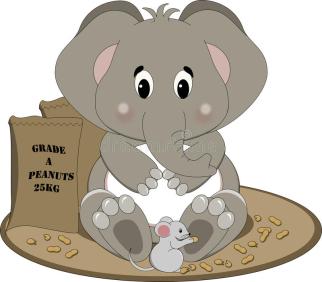 Let’s examine how the 2018 income tax really works, compared to what we were promised during the election campaign.

What do you do with this $6.15 tax cut? If you are taking Xarelto for heart problems, as millions do, your tax bonanza won’t cover that drug’s $80 a month increase, or offset higher gas prices, or, or…

But what would have happened if candidate Donald Trump’s original tax plan had been adopted?

On the campaign trail Mr. Trump promised that no one who earned less then $50,000 a year would have to pay income tax. He even suggested we could just send in a card saying “no tax due!”

If Trump had kept his word our married couple with $50,000 income would calculate their income tax this way:

You ask yourself: what happened between the Trump promise and the Ryan reality?

The answer is that Trump was either forced, or secretly wanted, to be surrounded by the denizens of the political swamp – including his Vice President Mike Pence, a Tea Party leader.

To understand the near-establishment Trump of today, all you need do is examine the positions of Mike Pence: 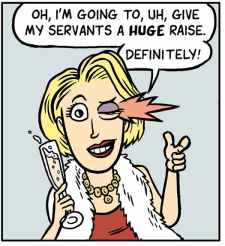 After Chris Christie was dumped by Trump a few days after the election, it was Mike Pence, who led the selection of cabinet members and other high government officials for the new administration.