Finally, after much research (Google, 5 minutes) my quest for two fridges at a fab price was successful, and America can now save mucho money on repairing our two Presidential planes from the 90s. 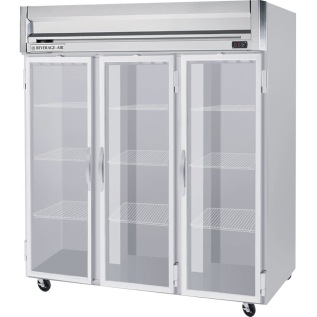 I requested a quote from the nice folks at webstaurantstore.com, and they offered me an exclusive price on a beautiful stainless steel, 74 cubic foot, industrial quality fridge. Instead of the standard price of $5,968.91, I can get this beauty at $4,970.80 each.

Some of the features include:

However, there might be a problem with my plan. The defense department and the White House fabricate specifications for anything they buy. Rules like: Sharpie Marker must be modified in a plant that uses initials GE in its advertising and pen must contain black ink. (Guess who gets that contract?)

But, there are hundreds of different large commercial fridges on the web, and companies seem able to produce anything you want for less than $5,000. Imagine what they could do if you allowed them to spend $10,000 each. You might get some gold plating, and that, my friend, would certainly tickle the Don.

Forget fake specs, because we can appreciate something direct and simple about a refrigerator. It keeps things cold. It doesn’t possess a weapons system or need two keys to operate. You pull the handle and take out the six pack.

All this would be fine, except the defense brain-trust has already awarded Boeing (who makes planes) a contract to make the two refrigerators. Unless that contract can be broken, we may not save a lot of money by using my suggested supplier.

The Don could intervene, and tell Boeing to email webstaurantstore.com and just order two fridges and mark up the price 100%. They could bill the generals $40,000, and pocket $20,000 profit.

Just in case the Defense Department (or Boeing, which could paste on their own logo) wants to take advantage of my super deal on great fridges, here’s how:

Visit this items product page and add it to your cart. Once you’re on the cart page, get the discount by entering this coupon code: F4M3NXTYYV