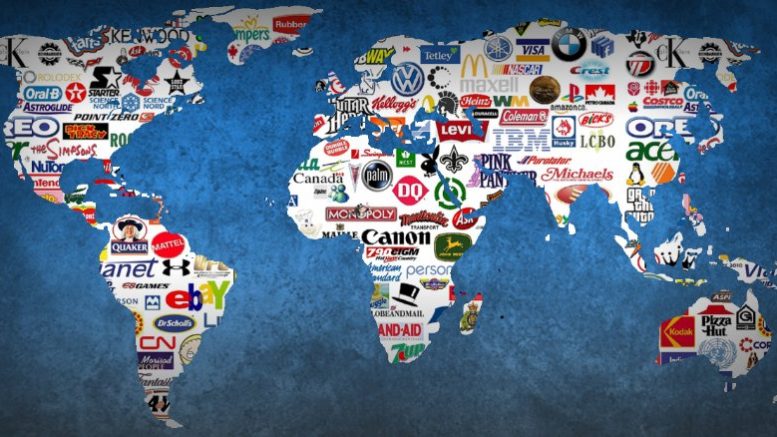 A study by the Swiss Federal Institute of Technology in Zurich has found that a mere 147 corporations control the world – orchestrating events and controlling governments. Many of their officials are members of the Trilateral Commission, participants in world economic forums and leaders of national governments.

The analysis examined the relations between 43,000 transnational corporations (TNC), and decided that the top 147 mega-corporations had huge power over world events.

James Glattfelder, who directed the Zurich team, said they began with a database listing 37 million companies and investors in the world. They identified 43,060 TNCs and the share ownership linking them. A model of which companies controlled others through shareholding networks, along with each company’s operating revenues, was created to map the structure of economic power.

From the 43,000 TNCs, the study revealed a core of 1,318 companies with interlocking owners. Each had ties to two or more other companies, and on average they were connected to 20.

The 1,318 appeared to collectively own through their shares the majority of the world’s large blue chip and manufacturing firms – the “real” economy – representing a further 60 per cent of global revenues.

Glattfelder said that when the team further untangled the web of ownership, it found much of it tracked back to a “super-entity” of 147 even more tightly knit companies – all of their ownership was held by other members of the super-entity – that controlled 40 per cent of the total wealth in the network.

“In effect, less than 1 per cent of the companies were able to control 40 per cent of the entire network,” Glattfelder explained. Most were financial institutions. The top 20 included Barclays Bank, JPMorgan Chase & Co, and The Goldman Sachs Group.

The report listed only the top 50 companies initially, promising the complete list of 147 at a later date. This blogger could not find the additional 97 company names anywhere, indicating that pressure was exerted to stop their release.

The following is visual illustration that power is dangerously concentrated in the hands of the few: