“The long term promise of AI (Artificial Intelligence) is that in addition to identifying risks more quickly and accurately than would have already happened, it may also identify risks that nobody would have flagged at all including terrorists planning attacks using private channels, people bullying someone too afraid to report it themselves, and other issues both local and global,”

Those are the words of an early version of a Facebook manifesto, content later removed in the final version by Mark Zuckerberg, one of the richest men in the world – $62.4 billion. (By comparison, Zuck’s assets equal the total family wealth of 12,755,000 African-American households.)

But here’s what the published version of the document said:

“Looking ahead, one of our greatest opportunities to keep people safe is building artificial intelligence to understand more quickly and accurately what is happening across our community.”

It added: “Going forward, there are even more cases where our community should be able to identify risks related to mental health, disease or crime.”

Zuck also wants you to be fed the Facebook material that is approved by the majority of local users unless you opt out and set your own standards: 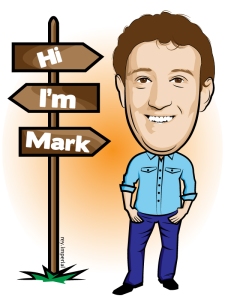 The idea is to give everyone in the community options for how they would like to set the content policy for themselves. Where is your line on nudity? On violence? On graphic content? On profanity? What you decide will be your personal settings. We will periodically ask you these questions to increase participation and so you don’t need to dig around to find them. For those who don’t make a decision, the default will be whatever the majority of people in your region selected, like a referendum. Of course you will always be free to update your personal settings anytime.

Zuckerberg’s philosophy is contained in a tome here.

Facebook also plans to censor what you see, including so-called hate speech, by using AI to examine every post:

It’s worth noting that major advances in AI are required to understand text, photos and videos to judge whether they contain hate speech, graphic violence, sexually explicit content, and more. At our current pace of research, we hope to begin handling some of these cases in 2017, but others will not be possible for many years.

Mark is a globalist, no fan of the America First slogan, professing that “progress now requires humanity coming together not just as cities or nations, but also as a global community”

Zuck wrote: “Our job at Facebook is to help people make the greatest positive impact while mitigating areas where technology and social media can contribute to divisiveness and isolation.”

“Progress now requires humanity coming together not just as cities or nations, but also as a global community,” he added.

Kind of creepy, in my opinion. If he really wants to help society, why not donate $1,000 to the 50 million poorest Americans. He would still have $12 billion and an annual income of about $1 billion, or some $114,500 every hour of every day in the year.