When Secretary of State John Forbes Kerry sticks out his already protruding chin, you know he really means business, even if that business happens to be telling a lie. 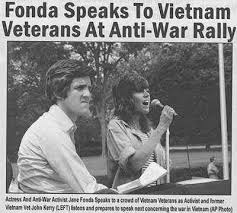 In his Dec. 28, 2016 speech that would have been hailed by the original Pinocchio, Kerry ripped into Israel, deploring their settlements and detesting their presence in that part of original Israel, now called the West Bank. (In 1949 Jordan it was a crime to call that area “Palestine“; Arabs maintained instead that it was a part of the Hashemite Kingdom of Jordan.)

Kerry also noted that he had passed by “military checkpoints (in the West Bank) that can make even the most routine daily trips to work or school an ordeal” – delaying workers and travelers for hours every day.

While John Forbes is no expert on travel in the West Bank, Ami Horowitz has earned the title of On Site Expert. A New York-based documentary filmmaker, Horowitz decided to test for himself whether it takes West Bank Arabs hours to travel from place to place because of Israeli roadblocks.

In an interview with Israeli media outlets last week, Horowitz explained how he tested the checkpoint humiliation and delays of Arabs east of the Jordan River.

To get the most accurate picture, Horowitz hired a Palestinian driver and used a car with Palestinian Authority license plates. He also picked “a normal time, because it was important to find out about life for the Palestinians when there is no heightened terror alert or war going on.”

“I drove hundreds of miles, crisscrossing the West Bank back and forth several times and encountering no difficulty.”

He also interviewed Palestinians, who said it takes them ten minutes at the longest in line ahead of a checkpoint, barring traffic, and a minute for the soldiers to check  papers and let him proceed.

“While there are a handful of checkpoints in the West Bank, a person in, say, Qalqilya, is not subject to them unless he travels to a different area or into Israel,” he said. “Israelis, on the other hand, are stopped at checkpoints multiple times a day — at the entrance to every supermarket, café, shopping mall, movie, etc. And when there are terror waves or alerts, it takes them longer to get through these inspections, too.”

Horowitz is also a producer of dozens of full length films — including: “U.N. Me,” “Hamas Is Fantastic,” “Berkeley Students React to ISIS Flag” and “Stockholm Syndrome.”