This Facebook page (open link) and website was still online today, despite protests to the social site’s Community Standards officials.

Jewish-Born Mark Zuckerberg owns Facebook. Indeed, he is the richest Jewish-born person in the world. Note that I use the term “Jewish-born.” You might think he would support less hatred of Jews.

According to Shurat HaDin (The Israel Law Center), a non-profit legal organization dedicated to the protection of Israel,

“One of the significant characteristics of the current terror wave is the incitement on the social media networks, headed by Facebook…This incitement consists of the Facebook pages of many young Palestinians who inflame their friends to embark on terrorist attacks, provocative videos glorifying and encouraging terrorist attacks, instructions for terrorists “How to Carry out a Terrorist Attack” – all on Facebook.” Read more here.

Pro-Israel blogger Elder of Ziyon reported on Friday that a complaint he had lodged with Facebook about this Blood libel charge being an example of hate speech, was denied. 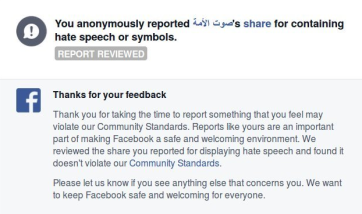 Here’s what Facebook says about its standards for posting on its site:

Organizations and people dedicated to promoting hatred against these protected groups are not allowed a presence on Facebook. As with all of our standards, we rely on our community to report this content to us.

People can use Facebook to challenge ideas, institutions, and practices. Such discussion can promote debate and greater understanding. Sometimes people share content containing someone else’s hate speech for the purpose of raising awareness or educating others about that hate speech. When this is the case, we expect people to clearly indicate their purpose, which helps us better understand why they shared that content.

You might look at the picture on the site and the strange writing. It can be translated in small part by visitors, but a full translation of this blood libel attack is not provided.

The page does refer a link to its website here. Translated from Arabic the page explains that the blood of slain Muslims and Christians is used to make Matzoh for Passover celebration. Here is my best translation of the web page:

As for the story matzah is the only bread allowed to eat with the Jewish Passover holiday in the spring , a historic anniversary of the escape of Moses and his people from the Pharaoh ‘s soldiers chase them, they think that making the unleavened bread and eaten at the Passover feast pleasing to the Lord and thank the God who loves them and Iqdssouna. Jews have had since the Middle Ages bake your exact Passover mixed with the blood of human victim of the sons of the infidels (as they think) of Muslims or Christians or other non-Jews was they were doing privately and discreetly. Festival of Passover is also known specializes in two religions Christianity and Judaism, where repacking its own , each according to its rituals and traditions and separate meanings for each other. 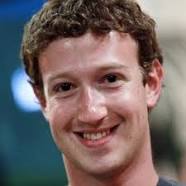 The Jewish blood libel has become a documented fact, the story talks about the Middle Ages, but it moved to the current scene, where the player Team Israeli Basketball Club Maccabi Haifa former Edo Kojikaro … said on the social networking site there is nothing better than the celebration of Easter (Hebrew) with matzo soaked with the blood of Christian and Muslim boys. and he met with the player desirability of many of his friends, who they answered comments pro and cynical Muslim and Christian remarks, some have responded by saying ...I want to receive an invitation to spread the case then outside the scope of the Facebook and become the issue of public opinion in Israel, and as soon as news spread, poured on the player many friendship requests from the pioneers of the Facebook… blood in Easter holiday among the frightening stories they remember about this unleavened bread murder.

Monk Thomas Capuchin and server Muslim monastery Ibrahim Building in Damascus, early in 1840. By a variety of Jews, and the liquidation of his blood to make the sacred bread. There has been a similar story in Algeria before a hundred years, when the Jews kidnapped 8-year-old Christian child, killed him, and the liquidation of his blood to make Aftyarham… It is between novels that circulated the public that the Jews lured the little boy to Harthm, and Ahawkouna of things … they took him. They put him in a decorated bed sheets of mottled canvas and under the beautiful blankets sharp screws …while the implanted nails in his body, and dripped blood from the bottom of the bed, …and to die so that the blood may collect in special containers that Jews retained, while they cut flesh and hide.

In the strange world of the White House not allowing the term “radical Islamic terrorism,” pure hatred and indoctrination of future child murderers is “protected speech” on Facebook.

As far as Zuckerberg is concerned, he should try to recall the look on his parents’ faces in 1997 as their son completed his Bar Mitzvah. Eddie and Karen were certainly proud – at least at that moment. Little did they know that he would soon be a self-proclaimed atheist.

Which leads me to the question: “can you gain $46 billion and lose your own soul”?