Cass and Samantha – an ideology of nuptial proportion? 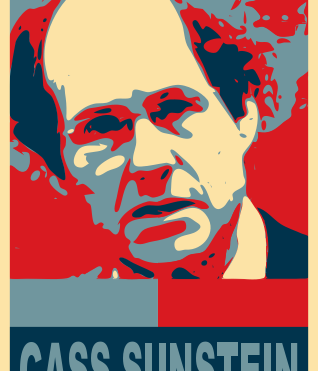 Today, Bibi Netanyahu hit a home run in his speech before Congress – nearly everyone was in standing ovation and some with tears streaming.

Yesterday was an opportunity for the Obama administration to tell AIPAC, and the American public,  how much the administration loved Israel. On the front page of the Conference website, they emblazoned speakers Susan Rice and U.N. Ambassador Mrs. Cass Sunstein. Prime Minister Netanyahu showed up on page four – indicating what AIPAC organizers apparently thought of the relative importance of its speakers.

Mrs. Sunstein, who uses the moniker “Samantha Power”, was the WH lead off in the struggle to subdue Bibi’s ideas Monday morning and she was tolerably pedantic, not unexpected from a former Harvard prof.

Samantha met her husband, Cass, when they worked as campaign advisers to Barack Obama, their friend and his former colleague at the University of Chicago Law School.

To understand Samantha, and perhaps the mindset of the White House, one should study the philosophy of her hubby, Cass. From Wikipedia:

“Cass Sunstein co-authored a 2008 paper with Adrian Vermeule, titled “Conspiracy Theories,” dealing with the risks and possible government responses to conspiracy theories resulting from “cascades” of faulty information within groups that may ultimately lead to violence. In this article they wrote, “The existence of both domestic and foreign conspiracy theories, we suggest, is no trivial matter, posing real risks to the government’s anti terrorism policies, whatever the latter may be.” They go on to propose that, “the best response consists in cognitive infiltration of extremist groups”, where they suggest, among other tactics, “Government agents (and their allies) might enter chat rooms, online social networks, or even real-space groups and attempt to undermine percolating conspiracy theories by raising doubts about their factual premises, causal logic or implications for political action.” They refer, several times, to groups that promote the view that the US Government was responsible or complicit in the September 11 attacks as “extremist groups.”

When you see the current efforts to monitor the internet and phone calls, Cass’ “cognitive infiltration” looks like the philosophical basis of today’s intrusive government surveillance. Wikipedia continues, and it gets weirder:

“Sunstein and Vermeule also analyze the practice of recruiting “nongovernmental officials”; they suggest that “government can supply these independent experts with information and perhaps prod them into action from behind the scenes,” further warning that “too close a connection will be self-defeating if it is exposed.” Sunstein and Vermeule argue that the practice of enlisting non-government officials, “might ensure that credible independent experts offer the rebuttal, rather than government officials themselves. There is a tradeoff between credibility and control, however. The price of credibility is that government cannot be seen to control the independent experts.” This position has been criticized by some commentators, who argue that it would violate prohibitions on government propaganda aimed at domestic citizens. Sunstein and Vermeule’s proposed infiltrations have also been met by sharply critical scholarly critiques.”

Place these ideas in the context of how Occupy Wall Street and union protests have been manipulated in recent years, and you wonder what Cass and the Ambassador Samantha talk about over the dinner table?