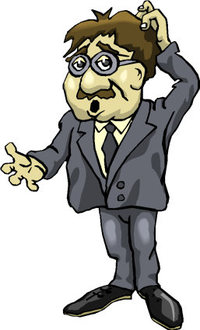 For years I have watched CNBC for financial news, but in the past year or so, they have become absurdly against the average person. One example, the constant repetition by pundits that the current depression was caused by citizens spending too much on credit cards and mortgages, and totalling ignoring the Wall Street speculation which really caused our downfall.

Fox Business on the web has produced some excellent reports in recent weeks, including the following excerpted piece:

You can’t expect a bank that is dumb enough to sue itself to know why it is suing itself.

Yet I could not resist asking Wells Fargo Bank NA why it filed a civil complaint against itself in a mortgage foreclosure case in Hillsborough County, Fla.

Being a taxpayer-subsidized, too-big-to-fail institution, it’s possible that one of the few ways for Wells Fargo & Co. to know what it is doing is to notify itself with a court filing. In this particular case, Wells Fargo holds the first and second mortgages on a condominium, according to Sarasota, Fla., attorney Dan McKillop, who represents the condo owner.

As holder of the first, Wells Fargo is suing all other lien holders, including the holder of the second, which is itself. “The primary reason is to clear title and ownership interest in a property to prepare it for sale,” Waetke said in an email exchange. “So it really is not Wells Fargo vs. Wells Fargo.”

Wells Fargo hired Florida Default Law Group., P.L., of Tampa, Fla., to file the lawsuit against itself. And then Wells Fargo hired another Tampa law firm — Kass, Shuler, Solomon, Spector, Foyle & Singer P.A. — to defend itself against its own lawsuit, according to court documents.

Wells Fargo’s defense lawyers even filed an answer to their client’s own complaint.

“Defendant admits that it is the owner and holder of a mortgage encumbering the subject real property,” the answer reads. “All other allegations of the complaint are denied.”

Is this dumb, or just someone giving business to lawyers? We will never know, but we do know that billions of dollars have been shoveled into this bank and you and I will pay the bill. We will probably pay it in taxes to redeem treasury notes, bought by bailed-out banks, who will also receive interest on “their” money.